Skip to content
No Comments on What is structural engineering?Posted in Commercial By Structural Engineer.Posted on May 5, 2020May 5, 2020Tagged construction, engineering, structural 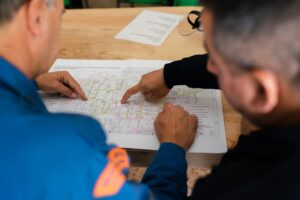 What is structural engineering?

Nowadays being a structural engineer requires significantly more knowledge and understanding than previously, in order to predict how different shapes and materials will hold under varying loads and stresses. Structural engineering was first founded thousands of years ago when famous large structures were built e.g. The Pyramids in Egypt or the Acropolis in Greece.

What do structural engineers do?

This role describes a trained professional, who is responsible for ensuring structures e.g. bridges and buildings e.g. office blocks, that we use in our daily lives are structurally safe and don’t collapse.

Structural engineering has a diverse range of applications. A structural engineer’s role predominantly involves design, this could be the design of any large building or structure, including but not limited to bridges and tunnels. The secondary aspect of this role is serving firstly as a consultant to building contractors and architects. Once the architect or builder proposes a building layout, it is then the role of the structural engineer to calculate whether this design could withstand certain ‘loads’ (e.g. snow and wind).

Structural systems that are then decided by the structural engineer, are the building support mechanisms (e.g. beams, columns etc) and the materials they are made out of (e.g. steel, concrete, masonry, wood etc). Let’s look at an analogy to help understand this role in more detail… If the human body was the structure, then a structural engineer would be the expert that understands and adapts the skeleton so the body is able to support its own weight and other external forces.

Throughout a structural engineer’s job, safety should be top priority. The consequences of this role not being carried out correctly could be catastrophic… the infrastructure that is used in society on a daily basis must be accurate to guarantee safety. Because of this, in the industry of structural engineering, a range of factors are used to decide whether a design is safe in itself, and also the greatest loads that can be anticipated.

Where do structural engineering professionals work?

A structural engineer is required when an owner is planning a project in which changes the purpose of a building e.g. adding more floors to a structure or by introducing a significant expansion. It’s important to note, introducing a structural change or element alteration without speaking to an expert first, is likely to end with serious damage to the build’s infrastructure. Inevitably this could result in the total collapse of the building!

You will also require a structural engineer if damage to a building or structure is a result of fire, environmental effects, corrosion or wear and tear that is likely to threaten the public’s safety. At this point, a full assessment will be required of the building whereby the structural integrity will be examined in terms of its load bearing elements, its owners immediate concerns and the safety of workers and members of the public involved. The expert will then give recommendations on the techniques necessary to restore the structure and original condition of the building to resist applied loads.

What is the difference between an architect and an engineer?

It may often be assumed that these two jobs carry such a similar role that separate job titles separating the two is unnecessary, however this is not the case! While both roles are important they are very different in such a broad industry. Both roles incorporate an element of design into the planning stage of a building however the easiest way to think about the differences is to identify which element of design is proposed by each expert.

What is structural engineering?